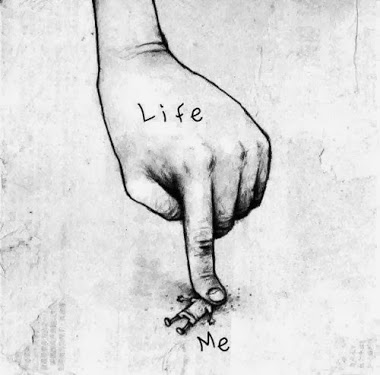 I received a phone call yesterday while at school, it was my boss. Telling me that my license had been expired the previous week, my first thought was, there’s no way I remember renewing it!  I quickly ended the phone call with her so that I could investigate. I looked on my desktop, where I store all my screenshots of confirmations after I purchase something. My state license is 80 dollars and I think I would remember if I paid it. So I casually checked my desktop, nothing. I checked files that I could have hidden away in a folder, nothing. I immediately called my mom to find out what was going on. She is a full time worker but had ended up being home for the day, she said,”Here it is, right on the table, letter opened but not filled out.” My heart sank into my throat.

Not only did this mean I wasn’t legal to deliver radiation but I had been doing it on an expired license…I’m so screwed. I called my boss back to assure her, I renewed my registration but not my license. Apparently this is a common mistake among technologists. She then continued to say “I should have reminded you. I’m sorry.” To many people they would think wow, what an understanding boss, and they would be right. However, in my mind all I can think about is, YOU KNEW AND YOU DIDN’T TELL ME?! I am a “newer” tech and this is the first time I have had to renew my license since school 4 years ago! Everything is confusing to me and I thought I had everything covered.

I am not allowed to work now because of my license being expired and well, it being illegal for me to work. So a few hours later (after I know I can’t work again until my license is renewed) I get a call from our HR department. The lady was really nice and was telling me that I obviously can’t be working until I get my new license then she proceeds to state that “we can talk once you get your renewed license about what happened, why this happened and what could have prevented it.” I recognized those words before. I abruptly stopped her and said, “wait, am I being written up for this?” She responds with words that I wish I had never heard, “This is a writable corrective action, but we can discuss that further when you get your license.” My heart sunk even lower than it had before. Not only did this mean I would be written up for a SECOND TIME, but both times were human mistakes, nothing I did on purpose, no harm, I didn’t kill anyone.

The first thoughts going through my mind were, I’m going to lose my job and I’m trying to save for a house! What am I going to do about all this money I am going to lose? Once you submit your paperwork for a renewed license, it can take up to 30 DAYS to get your new one in the mail. I can’t be out of work on unpaid probation for a MONTH!! I begin to panic and think to myself, you did it again, you really messed this up. I couldn’t stop them. The tears just kept flowing until I was literally sobbing. My work is half of my life now, I work enough to make extra money and save for the house Nick and I dream about almost daily. The second writeup I have gotten and all I can think about is if I would have stayed on top of everything, I wouldn’t have gotten this write up. Then I think again, if my boss knew, and she said she should have reminded me, isn’t that also partly on her?

The shifts were covered and everything was taken care of, beside the fact that I am feeling as low as I can be. Since the events of this past weekend, [Comparison is your worst enemy], I feel like things just keep adding on, thank god I worked that double last week and worked those extra shifts for the money I’ll be losing. This weekend/beginning of the week has been horrible. I have just been super depressed and after nick and I went and looked at all the potential houses our realtor has sent us, we want a house more than ever and want to save so bad but I currently have no income, fantastic.

Are there any ways you guys deal with stress and things like this happening to you? I could really use some relatable help!

5 thoughts on “When everything is going wrong”